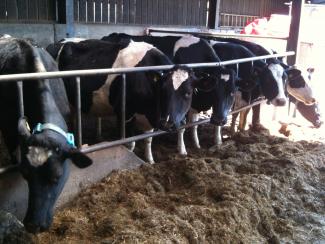 Farming and land management have influenced the way the area looks and has been used over hundreds of years. Past agricultural practices have created very valuable habitats including limestone grassland and heathland.

Today farming is still the major land use with 75% (14,922 ha) of the AONB being agricultural land. Livestock grazing is the main type of farming alongside dairy and arable on the plateau. Yeo Valley Foods, a national dairy producer have land on the plateau and in the Chew Valley. Beef and sheep grazing are concentrated on the small irregular fields and remnant sheep walks (sleights) of the escarpments where the soils are thinner. There are around 17,400 cattle, 21,400 sheep and 1,650 pigs in the AONB.