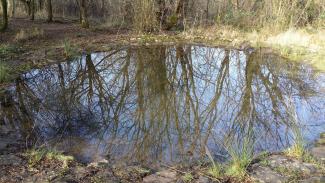 The Burrington Commons, the largest area of common land on the Mendip Hills has fascinating evidence of human activity dating back over thousands of years with many stories to tell. Historical features that can still be clearly seen include Aveline’s Hole, the oldest cemetery in the UK dating back over 10,000 years; Burrington Camp, an Iron Age hill enclosure, and evidence of ancient field systems. A few centuries later it became a busy industrial area with limestone quarries, lime kilns and calamine and lead workings.