Starfish on Black Down 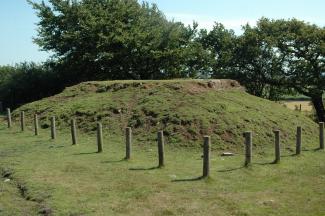 During the Second World War Black Down was used as a bombing decoy site, part of a national programme to steer German bombers away from towns and cities.

Special effects were used to simulate Bristol at night. Fires fuelled by creosote were used to simulate the incendiary bombs dropped to mark the target for further waves of bombers. These were called special fires and given the code name Starfish. Black Down was one of 12 Starfish sites around Bristol and one of 800 nationwide. All that remains to be seen today of this decoy town are the 3 bunkers, one of which can be found at the Tynings Farm entrance to Black Down.