About the AONB Landscape 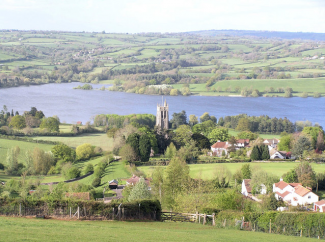 The Carboniferous Limestone that underlies much of the Mendip ridge has given the area its distinctive landscape of rolling hills, gorges, lines of dry stone walls and attractive stone settlements. The area has a strong sense of tranquillity and remoteness that are highly valued by those who choose to live here and the many visitors. At the highest points such as Black Down areas of sandstone, covered by heathland contrast with the limestone grassland and give variety to the landscape. Views out from the edge of the plateau and slopes are widely appreciated.

The gentler landscape of Chew Valley adds a further dimension. The two reservoirs of Blagdon Lake (built 1899) and Chew Valley Lake (built 1956), provide large expanses of water, set within a rich farmland landscape. The landscape has been strongly influenced by the activities of man from prehistoric times to the present. The plateau is rich in the remains of Bronze Age, Iron Age and Roman activity including lead mining and dry stone walls mostly dating from the 18th and 19th century. Both farming and quarrying continue to change the landscape.